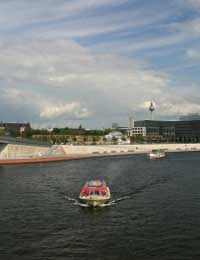 Holland seems to have something for everyone. Cosmopolitan Amsterdam, the capital city, is famous for its canals, museums - including the Rijksmuseum, Van Gogh Museum and Stedelijk Museum - nightlife and coffee shops selling cannabis.

Rotterdam, the industrial heart of the Netherlands, is the largest port in the world. A German bombardment during the Second World War devastated the city centre and few pre-war buildings survived, but a new, modern city centre has risen from the ashes, with renowned avant-garde architecture.

The Hague is the seat of Dutch government, home to many national ministries and the work place and residence of the royal family. In addition it has two seaside resorts - Scheveningen and Kijkduin.

Holland's infrastructure is good and the Dutch enjoy a high standard of living. There are no restrictions on foreign ownership of property, but identifying a bargain is not easy. The housing market tends to be more stable and slower moving than in the UK, with fewer regional variations, and there are fewer areas undergoing major regeneration.

Interest rates in the eurozone have historically been lower than in the UK, but in Holland there is a higher tax on purchases of property of around six per cent. However, if the property is sold on within a six-month period and the relevant clause is built into the sales contract, it is possible to get this tax back from the new purchaser. The Dutch government does not ask for two lots of tax within a six-month period - only one - so it is possible to renovate and sell on quickly for a profit while dodging the tax bill. This is quite possible, as the house purchase process can be completed within six weeks.

Legal costs and surveys are typically around 30 per cent more expensive than in the UK, but the vendor provides a seller's pack, which includes a survey, and this reduces the investor's costs. It is a legal requirement for the vendor to transparently communicate any issues that the property has, so the buyer's risk is reduced.

When an offer is made on a property and accepted, this equates to a legally binding deal. The only opt-out is if the buyer cannot raise funds within a certain period, typically a week to 10 days. Solicitors, or notaris, charge around 1.5 per cent plus VAT, while estate agents, or makelaars, will charge between 1.5 and 2.5 per cent.

Most Dutch mortgage lenders will typically allow up to 85 per cent of the purchase price to be borrowed. Interest rates are likely to be higher for any loans above the norm.

Holland has a large student population and Utrecht, Groningen, Leiden, Delft and Amsterdam are all big university towns, adding to the potential for rental income. However, it should be noted that rents are regulated in Holland, so a room will have a maximum allowable rent dependant on its size and specification. Also, Dutch courts will tend to side with tenants in disputes, so it can be difficult to move on awkward occupants.